I hope you have an experience that alters the course of your life, because after Africa, nothing has ever been the same… – Suzanne Evans

This month’s Guest Blog is by Rocío Espinosa Tánori, from BookAllSafaris.com.  You say you want to cruise somewhere different? You say you want a grand adventure?  Well, how about a River Cruise in Africa or a safari?  Sounds fascinating to me!  Read on!

The unique ecosystems along Africa’s great rivers are home to a staggering array of wildlife, impressive ancient cities, and temples, as well as fascinating tribes and cultures that flourished on their banks.  A great alternative to a traditional safari is a safari cruise. And by that, I mean an epic river voyage that will show you Africa’s charming nature from a different perspective. Game viewing on the water is a bewildering experience – intimate for the visitor and unobtrusive for the wildlife. Safari cruises focus on the wildlife reserves and tourist attractions that are located in the proximity of the river and offer a great opportunity to visit less crowded national parks and off-the-beaten-path destinations that are by no means less rewarding than the popular ones located further inland. A safari cruise will also allow you to cover more ground, while at the same time avoiding those long dusty roads. One of the best ways to explore Africa is from the very rivers that sustain its rich wildlife and varied ecosystems. So go ahead and save your front-row seats for the great spectacle that nature has to offer in Africa’s best river cruise destinations: 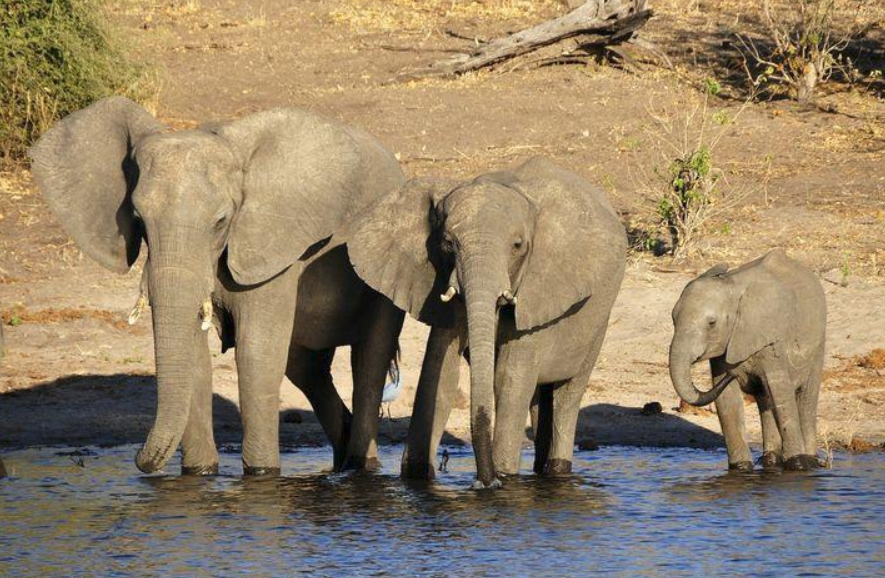 The life-giving Chobe River springs in Angola and travels through the Kalahari before reaching Botswana, where the waterway forms the northern border of the Chobe National Park. Being one of the few water sources for the rich wildlife in the area, it supports one of the most diverse ecosystems on the planet. 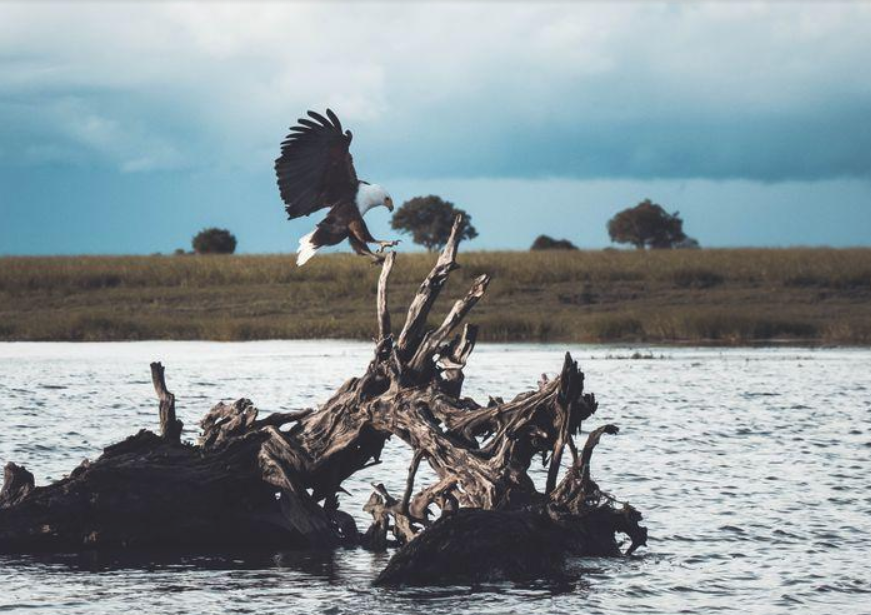 During the dry winter months (April to October), large herds of elephants, buffalo, giraffe, and antelope, as well as big cats, come to drink, bathe, and play on the riverbanks. This translates to incredible wildlife viewing opportunities. Home to over 400 bird species, the Chobe River is also a paradise for bird lovers. The stunning backdrop lures photographers from far and wide, and wildlife photography cannot get any better than from on board a quiet boat trip. There a few houseboats operating on the river, the most acclaimed of which is the Zambezi Queen and the Chobe Princesses. The 28-passenger ship Zambezi Queen travels from Namibia to the Chobe National Park, home to the world’s largest population of elephants, estimated at 50,000 individuals. Due to the moist terrain, the best way to get close to these gentle giants is on a safari cruise. 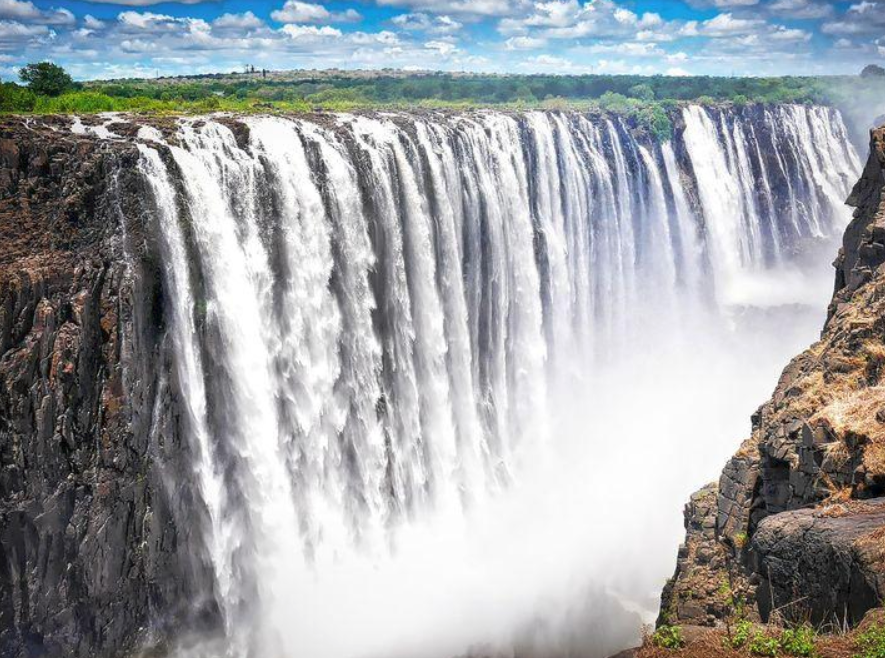 Africa’s fourth-largest river flows for 1,599 miles (2,574 km) through six countries, from northwestern Zambia to Mozambique, where it enters the Indian Ocean. The mighty Victoria Falls marks the border between the Upper and Middle Zambezi, and there are boats and luxury houseboats offering cruises on both the Upper and Lower Zambezi. Catamarans and old steamers take nature lovers on the Upper Zambezi, where you are bound to see crocodiles and hippos. Chances are that you’ll also see elephants, antelopes, and big cats on the riverbanks. While the wildlife viewing may be unpredictable, a stellar sunset while sipping sundowners is always guaranteed. 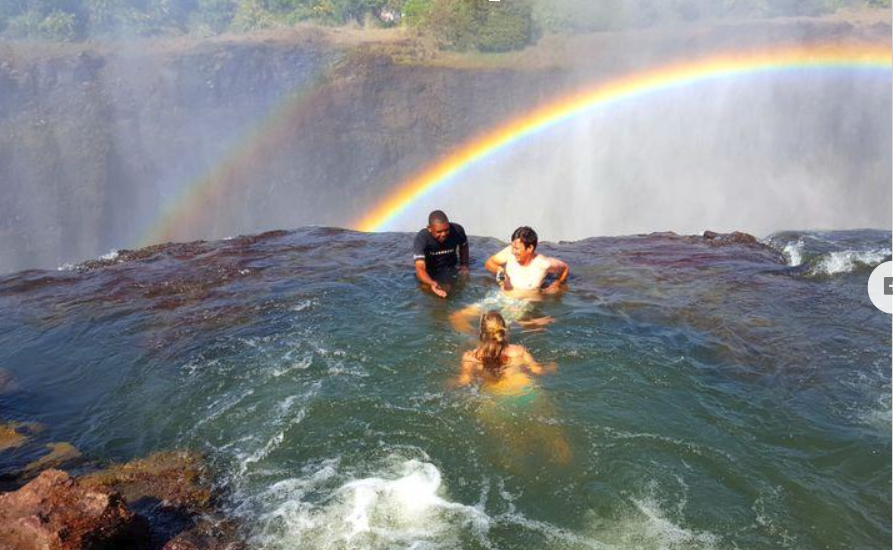 Some ships that operate in shallow water can take passengers much closer to Victoria Falls than bigger ships, which usually take off 3 miles (5 km) upstream. Unfortunately, you still cannot see the falls from there, but you can take a short land trip to explore them and the surrounding landscape. While here, why not take a dip in Devil’s Pool, a natural infinity pool where you can swim to the very edge of the thundering Victoria Falls? 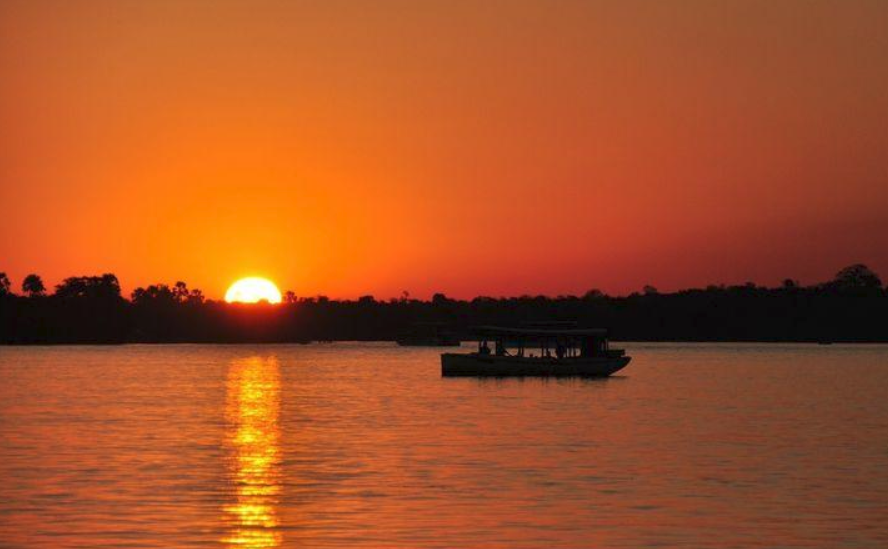 The best time of year to go on a river cruise on the Zambezi River is between May and September. Combine a sunset river cruise through the Lower Zambezi National Park with guided walks through rainforests to get up close and personal with the elephants and observe as many of the 300 recorded species of birds as you can. 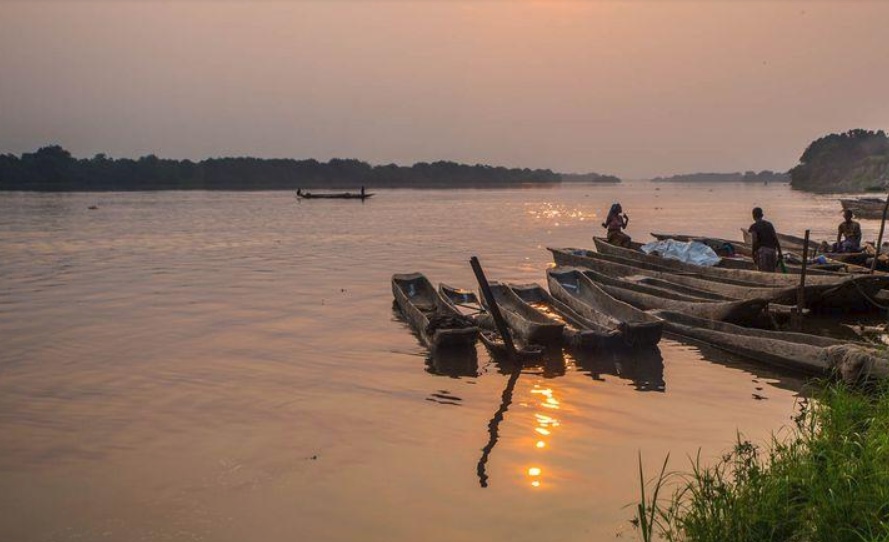 “Going up that river was like traveling back to the earliest beginnings of the world, when vegetation rioted on the earth and the big trees were kings. An empty stream, a great silence, an impenetrable forest. […] We penetrated deeper and deeper into the heart of darkness.” Joseph Conrad’s Heart of Darkness (1902) describes a journey up the Congo River towards the end of the 19th century that continues to inspire avid travelers seeking adventure to go on the same path over a century later. The second longest river in Africa after the Nile, the second largest river in the world after the Amazon, and the world’s deepest river, the Congo River flows for 2,900 miles (4,700 km) from the Katanga Plateau to the Atlantic Ocean. There are over 4,000 islands in the Congo River basin and the river crosses the Equator twice. And let us not forget that it gives life to the Congo Rainforest, the second largest rainforest in the world after the Amazon. 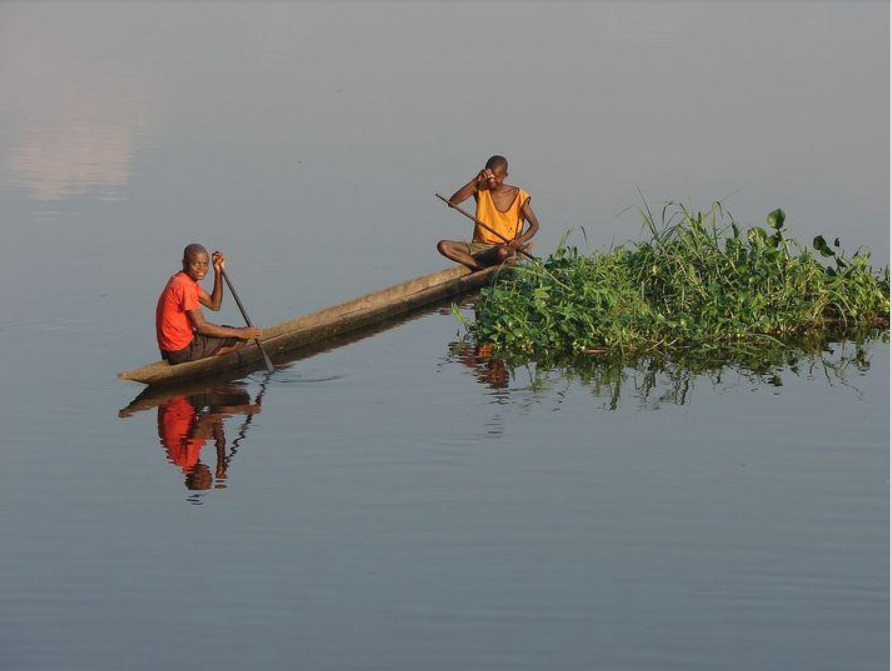 Cruise the Congo River in a pirogue, traditional dugout canoes, and embark on a journey through one of the world’s least explored corners. Retrace the footsteps of renowned explorers Stanley and Livingston and discover remote villages, barely-touched rainforests, and get the chance to meet some of the last remaining pygmy tribes. 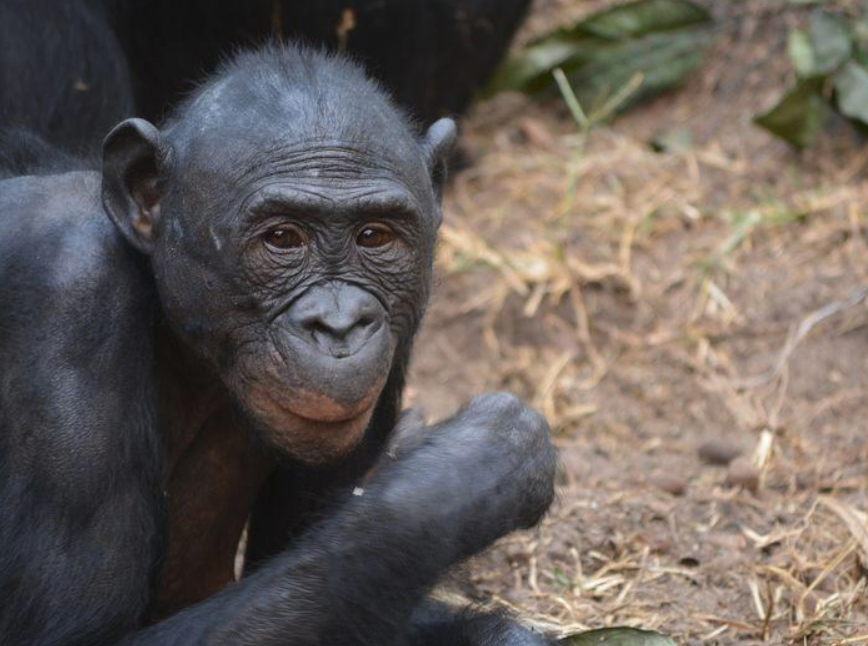 On your way, stop at Ekolo Ya Bonobo to see the bonobo apes that can only be found in the Democratic Republic of Congo, a critically endangered species with as few as 50,000 individuals still left in the wild. Here, Lola Ya Bonobo rescues orphaned bonobos and rehabilitates them to be reintroduced to the wild. Exploring the Congo River by boat is the ultimate river cruising experience and can take several weeks to complete, usually more than 22 days, and is not for the faint-hearted. Shorter trips are also available. 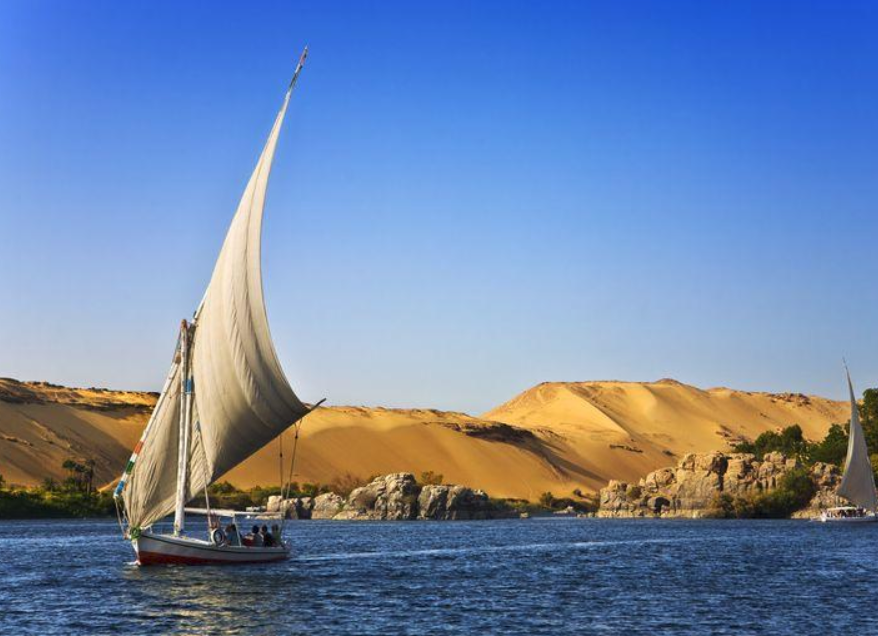 The Nile is probably the first thing that comes to mind when mentioning river cruises in Africa. Walk like an Egyptian and cruise the world’s longest river through the heart of Egypt. Although 4,160 miles (6,695 km) from source to mouth, the highest concentration of ancient relics can be found along the stretch of the Nile between Aswan and Luxor. That’s where the most popular cruises sail. The journey between Aswan and Luxor typically takes three to four days to complete and covers approximately 120 miles (200 km). It is combined with land trips and visits to famous archaeological sites like the Karnak Temples, Hatshepsut’s Temple, the Valley of the Queens and the Valley of the Kings. 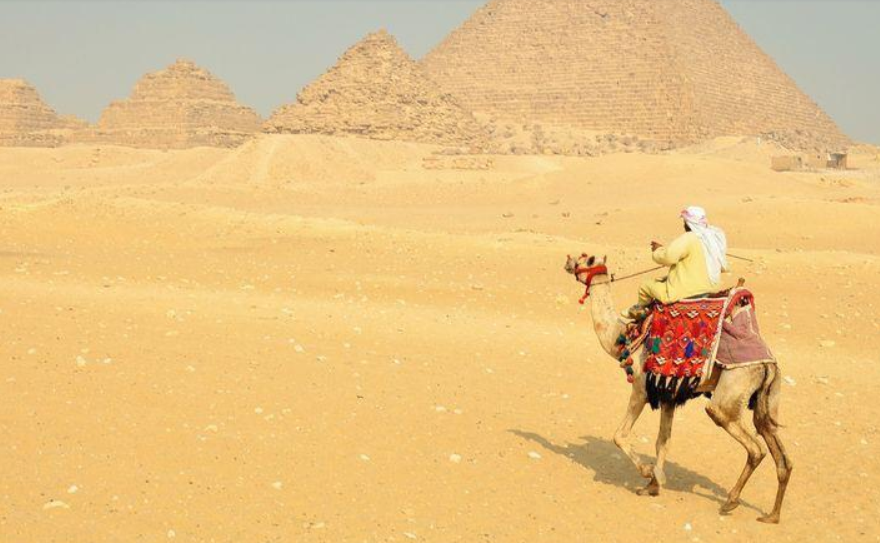 Longer cruises are available, though less frequent. There are only a few companies that offer six to seven-day cruises that sail north of Luxor to Dendera, one of the best-preserved temples complexes in Egypt. Home to one-third of the world’s antiques, immerse yourself in Egypt’s ancient past on a luxury cruise ship or on a felucca, the traditional sailboats of Egypt’s Nile that rely solely on wind power. Make sure you include camel-back rides, visits to the Great Pyramids and add Cairo to your bucket list, too. At the end of the day, lay back and relax on the deck while admiring some of the best sunsets on the planet. 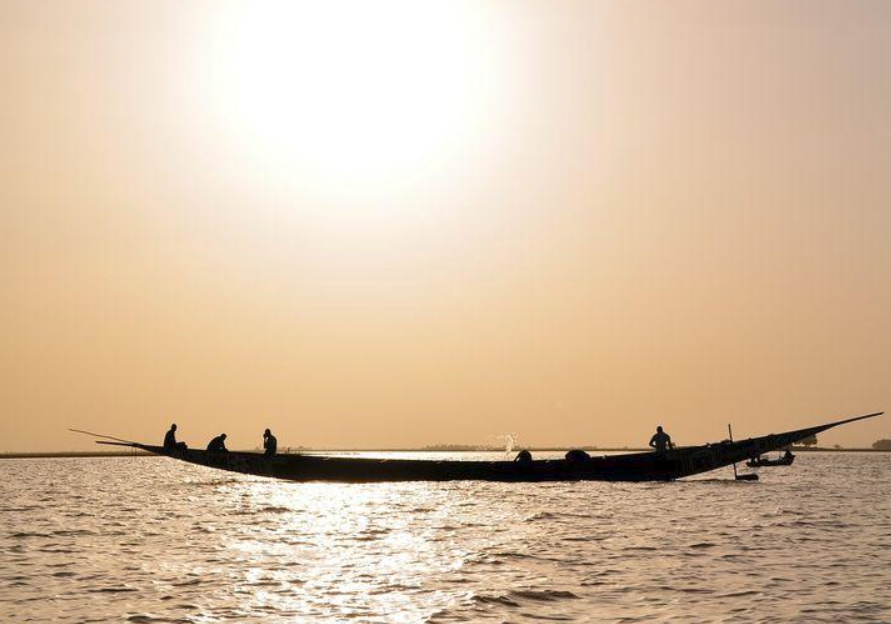 The third longest river in Africa, the Niger River runs for 2,600 miles (4,180 km) through West Africa before entering the Atlantic Ocean. Despite its charm, major cruise lines do not include the Niger River in their itineraries. Luckily, passenger boats operate on the river between August and mid-December, during the high-water season, and regular ferries set sail from Mopti, Mali’s touristic hub. 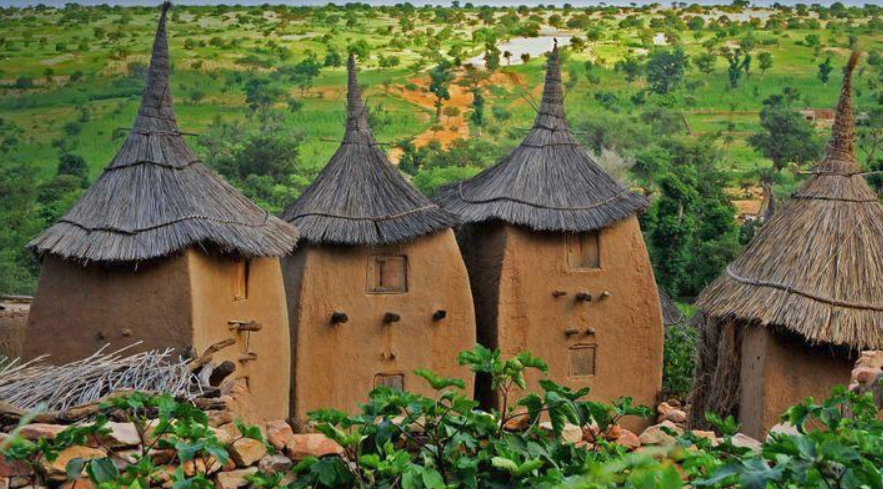 The most popular trips on the Niger River are from Mopti to the Dogon villages and Timbuktu. The Cliff of Bandiagara, also known as the Land of the Dogons, is one of the most impressive sites in West Africa and includes 289 villages. 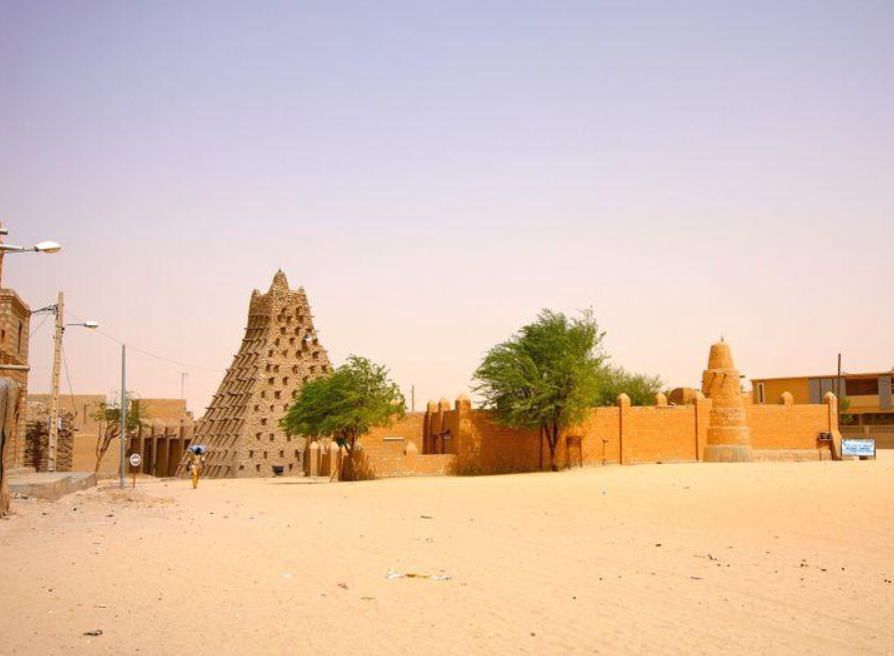 Around 65 percent of Mali is covered in desert and semi-desert, with the Sahara Desert occupying most of the northern half of the country. At the gateway to the Sahara Desert, 12 miles (20 km) north of the Niger River, the fabled ancient city of Timbuktu fights for its very existence and is currently on the UNESCO List of World Heritage in Danger. Nicknamed “The City of 333 Saints” and “The Pearl of the Desert,” Timbuktu is a former Arab-African trade hub that was once synonymous with Africa’s inaccessibility. 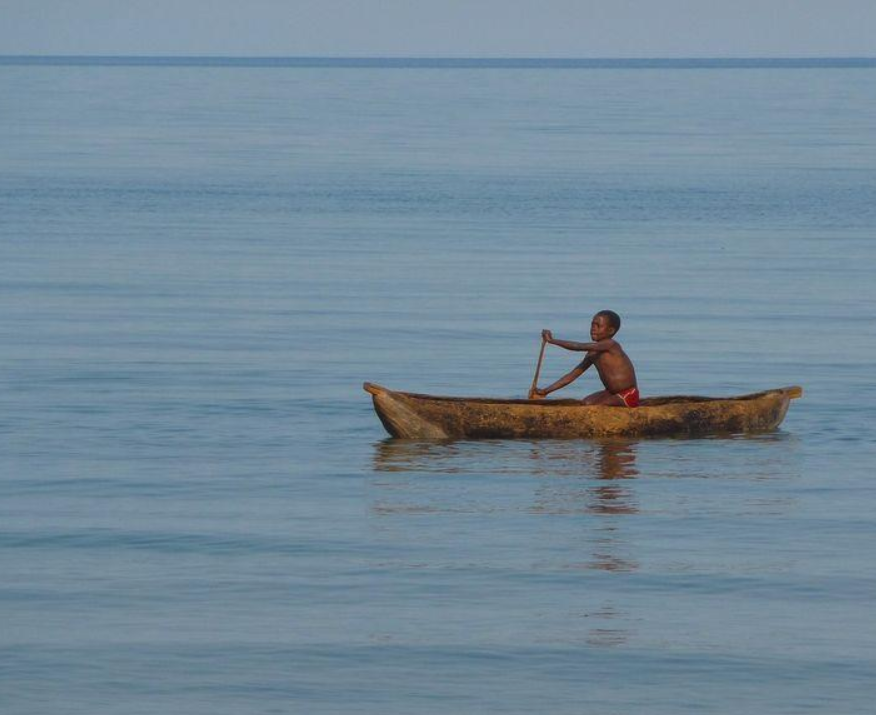 Also known as Lake Nyasa, Lake Malawi is the third largest in Africa and the ninth largest in the world, occupying about one-third of Malawi. It is here that steamer MV Ilala, a relic from the colonial times, has been carrying passengers and cargo across the lake ever since 1951. Nowadays, the ship offers six-day round trips once every week, from Monkey Bay in the southern region of Malawi to Chilumba near the lake’s northern end. 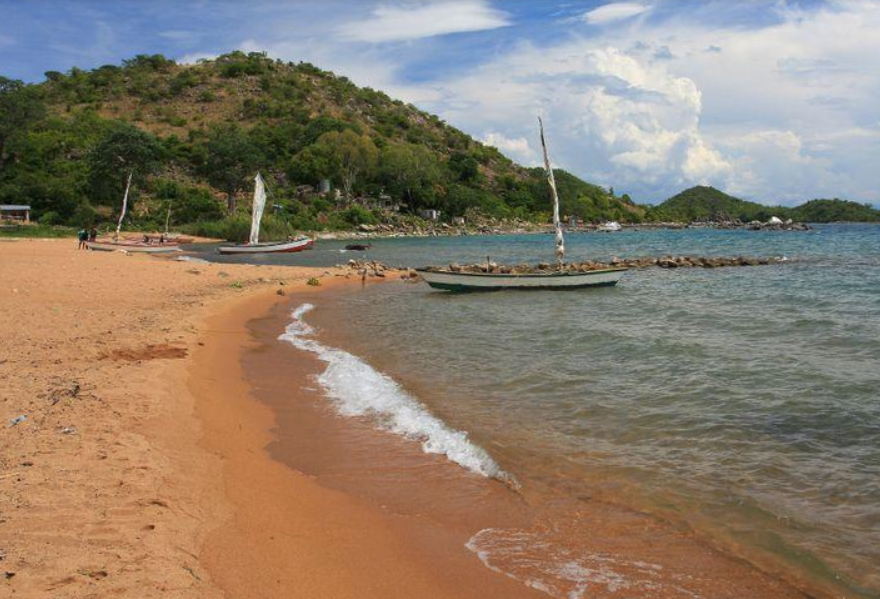 The trip is about 300 miles (480 km) long, and the motor ship makes 13 stops on its way, in the major towns on both Malawi and Mozambique’s coasts, but also on Likoma Island, where David Livingstone established his missionary headquarters. 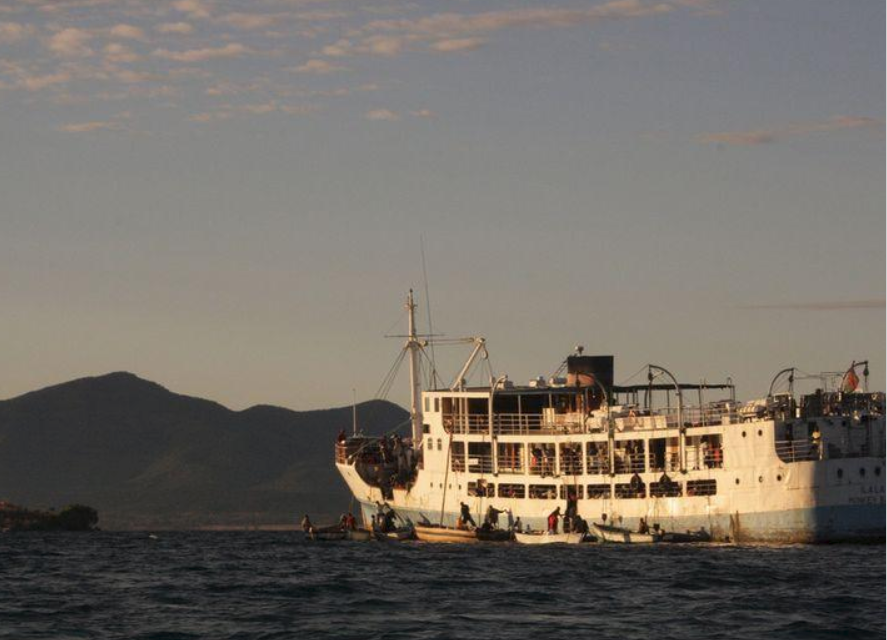 Steamer MV Ilala can accommodate 120 passengers. It is certainly not a luxury cruise, but it is an African adventure that should not be missed, especially when combined with an off-the-beaten-path safari in Malawi. 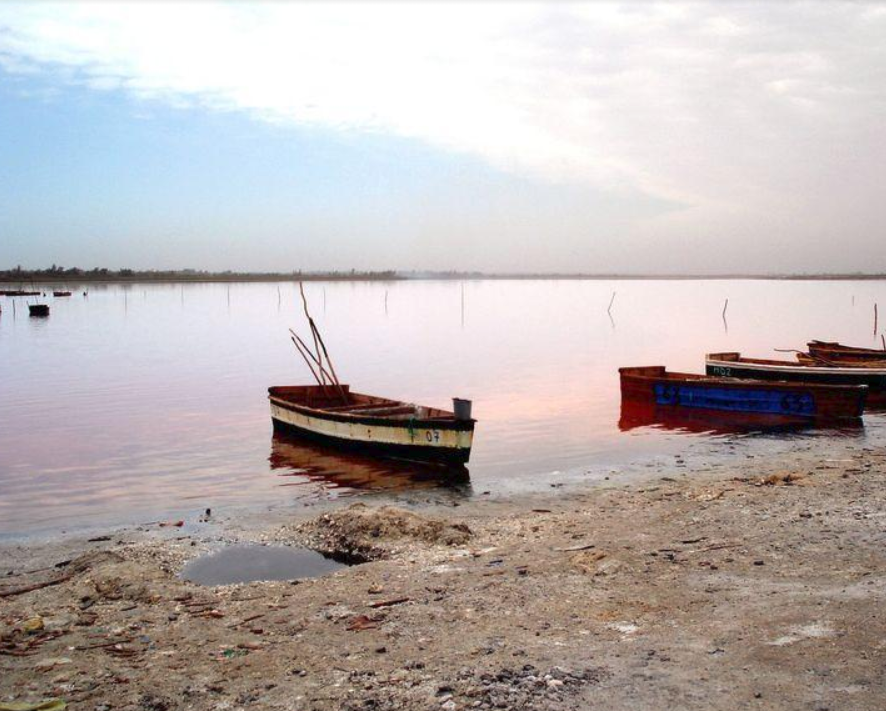 In West Africa, the Senegal River draws a watery line between Senegal and Mauritania. Here, Bou El Mogdad is an old colonial French steamer dating from 1950 that takes tourists and locals some 125 miles (200 km) up on the river on a seven-day round trip. 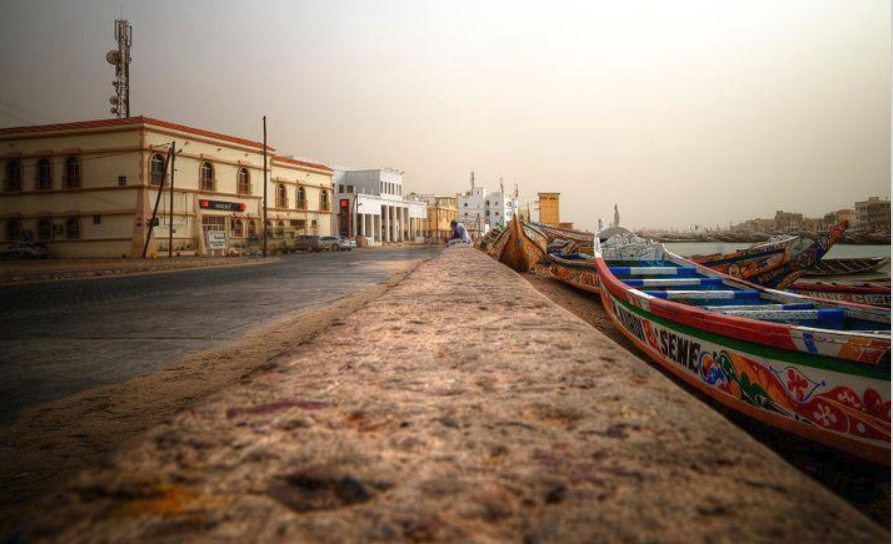 Starting from Saint-Louis, a city on the Atlantic coast with charming French colonial architecture, the journey will take you through mangrove forests, lagoons and sand channels, and past open markets with exotic flavors and colors. You will stop in harbors, former trading posts, and in Toucouleur villages. 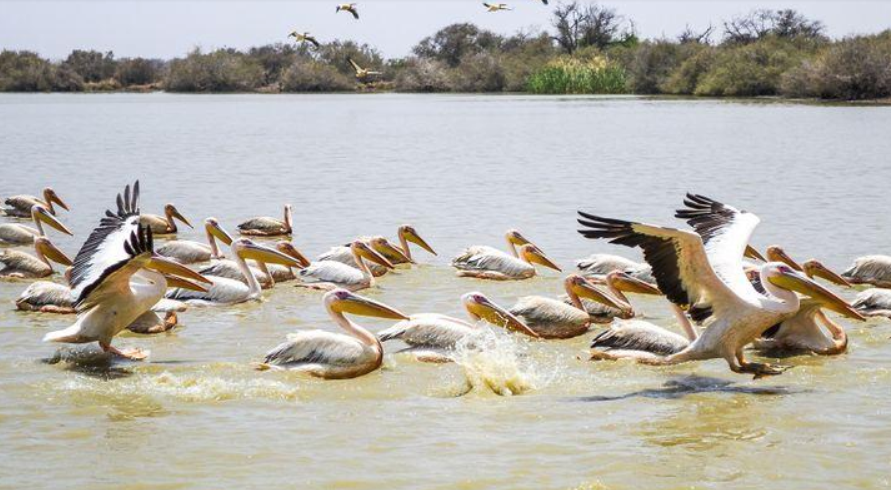 On your way, stop at the Djoudj National Bird Sanctuary in the Senegal River Delta for a birdwatching safari, a stronghold for more than 1.5 million migratory birds and the third most important ornithological reserve in the world.

Discover Africa’s hidden gems and get up close and personal with its stunning wildlife on an unforgettable camping safari!