Time spent with a cat is never wasted.

After my last visit to Puerto Rico, I discovered that you cannot visit Old San Juan, Puerto Rico without noticing the Cobblestone cats (gatos) that hang out around the Paseo de El Morro, and on the city streets near the city wall. 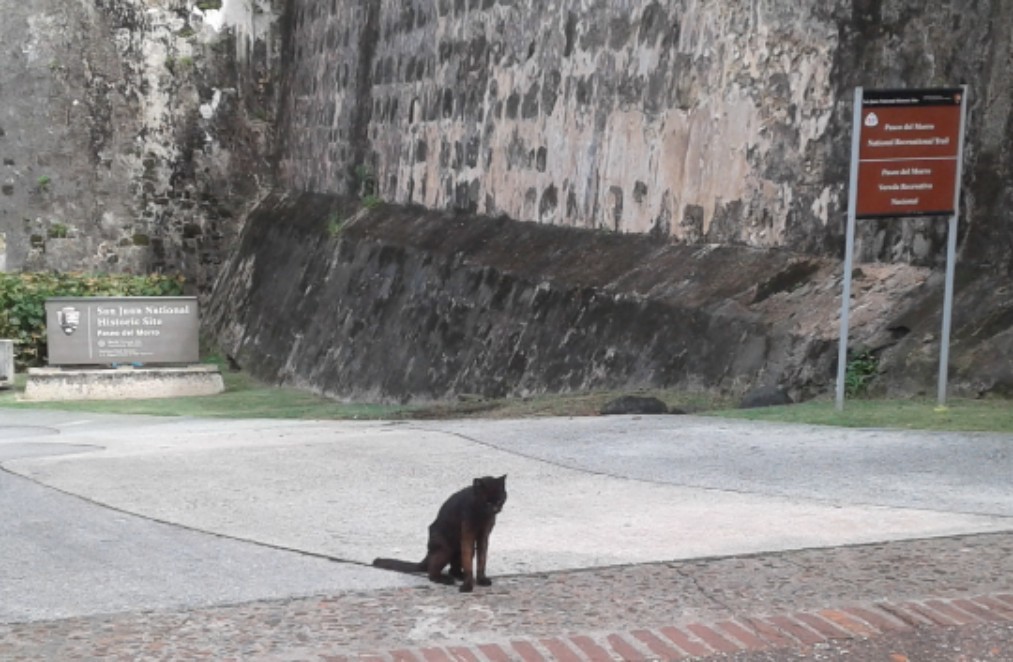 On our first visit to Old San Juan a few years ago we had no idea of why there were so many strays, we just knew that there were cats everywhere we looked. And since I’m a cat lover, after we came home I did some research and found out that at one time Old San Juan had a huge rat problem, along with the illnesses that come with rats.  They needed some way to deal with the rats, so they brought in the cats.

It worked, the rats were no longer a problem, but eventually the cats took over the city as they multiplied, well….like rabbits.  They had hundreds of feral cats wandering around the streets of Old San Juan.  And not all were happy healthy cats.

Some members of the community who were tired of the many cats wanted to capture and euthanize them, but a few kitty loving residents petitioned the government, and the National Park Service agreed to let them Trap, Neuter, and Release (TNR) the cats to control the population.  And that’s how the non-profit group, Save a Gato, was born.

The Save a Gato Organization is made up of volunteers who trap the cats, neuter or spay them, de-worm them, give them the vaccines that they need to protect them, try to find homes for them, and if there is no forever home for them, release them back into the cat population.  They also feed the cats. It is not legal for residents or tourists to feed them. Feeding stations are set up in multiple spots around the area. You’ll also notice that the cats that wander the streets have their ear clipped.  This is called tagging, is done humanely, and is to mark the cat as neutered/spayed so that they won’t be put through the stress of being captured again. 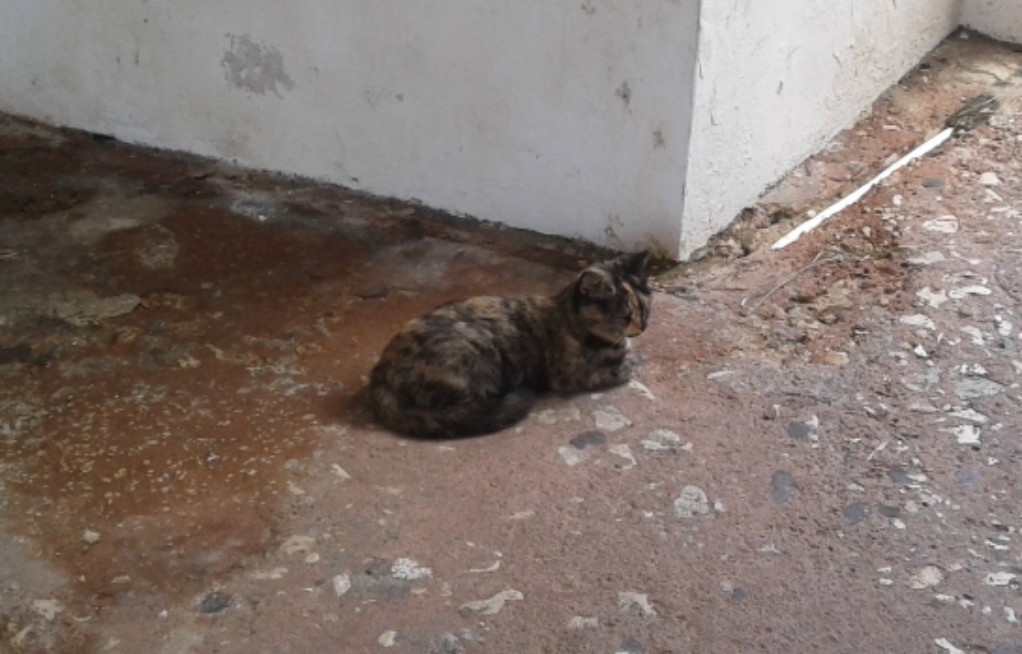 They’ve been called Cobblestone Cats because of the cobblestone streets of the area of Old San Juan that they frequent, and they are adorable.  Some are said to be descendants of the cats brought to the area by the first Spanish explorers.  Some of them are friendly, some of them are stand-offish, but all of them are cute. 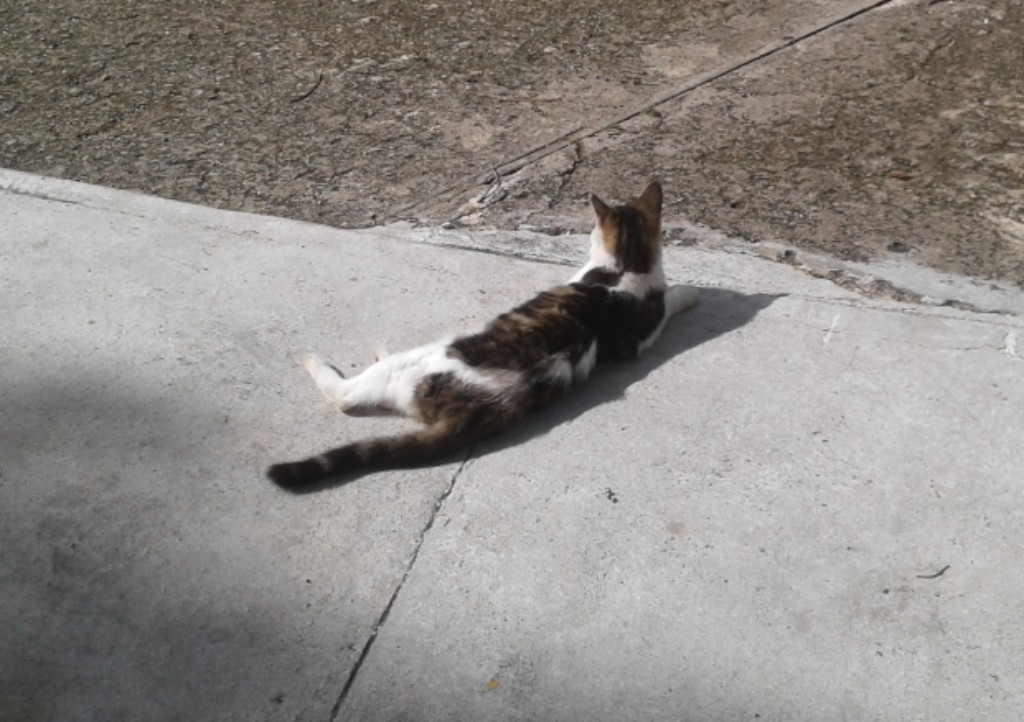 Cats in a hurricane

And many of them had to deal with the recent hurricanes on their own with no owner to protect them. They had to find a place in the rocks or city wall to shelter.  But many, if not all, survived. They are still walking the streets and pathways of Old San Juan, none the worse for wear.  It makes you think that maybe they are better off than the humans in the area because they’ve never had need of all the things that were lost in the storms and will miss nothing that is gone now because of the storms.  Oh, to be a cat…wild and free.  Maybe they are the lucky ones.

If you would like to help out the cats, check out the Save a Gato website.  You can volunteer, donate, adopt/foster a cat, or buy Save a Gato products.  This is a wonderful group of volunteers who love the cats and want to do what’s best for them.  Los gatos del Viejo San Juan will appreciate it.  And be sure to watch for the many varieties of cats along the cobblestone streets of Old San Juan the next time you visit.  Wish I could have smuggled one onto the ship and taken him home. Dickens, my rescue cat, would love a friend.  I did see a couple of dogs on the ship, maybe little service dogs, so how about a service cat? 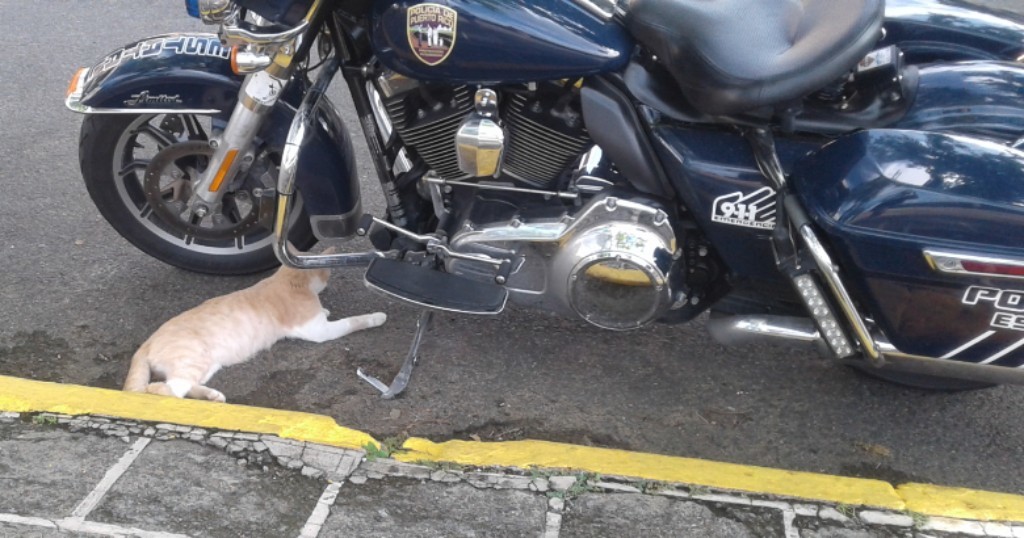 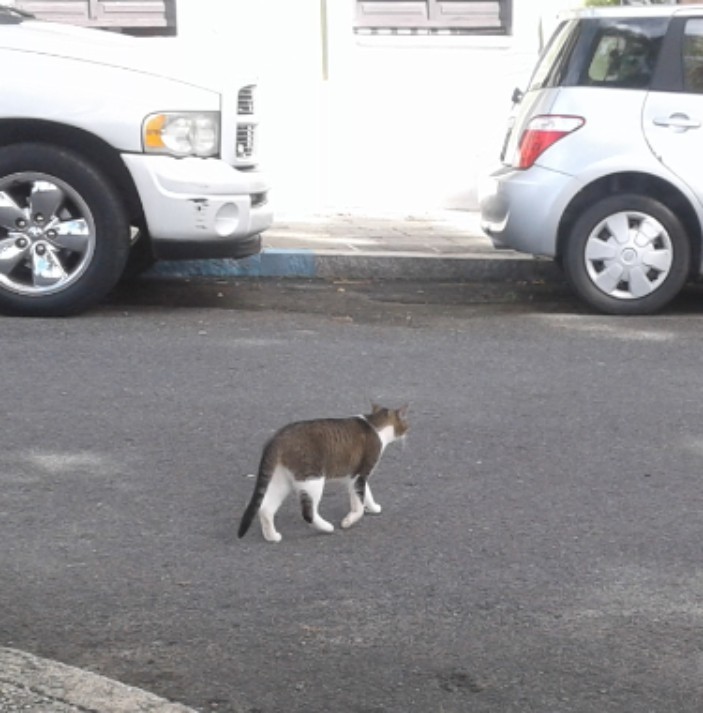