Pictures will be added soon!

Our plans for our stop in Grand Turk was to walk down the beach to the public area and take a local tour of the island. Read on to find out how it went.

We still haven’t tried the Lido Buffet for breakfast. It’s so much easier to make a reservation for the dining room than to stand in those long lines in the buffet for powdered scrambled eggs and cold toast. Our service this time was a little slow, but the food was still good. I always start out with a yogurt parfait because they are so tasty. Then I had nice hot eggs, toast, bacon, and hash brown potatoes. So much more relaxing than the buffet.

We noticed that our cabin started smelling like cigarette smoke, and occasionally, marijuana. I’m sensitive to smoke, so that’s not good for me. There was no smell on the balcony, so we didn’t think it was our neighbors smoking on the balcony. It seemed to be coming from the vent in the ceiling. Someone said that the AC return vent is situated on the tenth floor outside the smoking section. This is cabin 6427, so keep that in mind. If you don’t like the smell of smoke, don’t book in this area. We’ve been keeping the balcony door open to air the room out. We did tell security but they couldn’t find the problem. Only one day left, we can get through it.

And then into Grand Turk

We headed back to the room to put on sunscreen, then we went to deck 0 Forward to leave the ship. The dock at Grand Turk isn’t nearly as long as the one at Amber Cove, so it was an easy walk. We turned to the left and walked past the pool till we found the public beach access. It’s pretty sandy, and it is a beautiful beach. The water is crystal clear turquoise, it would be great for snorkeling. There are plenty of free chairs, but not a lot of shade.

As we were walking down the beach to the left of the dock, a young local man came up to us and asked if we wanted to take a tour with the Island Tram company. Since that is who we were looking for, we followed him. A gentleman who looked to be American or Canadian was selling the tours so we talked to him about it. Cost for the two hour tour is $25, and the next one started at 10 am. We were escorted to our waiting area, and we waited for the tram to come and pick us up.

We’ve toured with Island Tram tours before, you can see my first review here. This time was a little different. Our driver was once again Tracey. He’s funny, but he can also be a bit grumpy. We left the port area at around 10:15 am in our open air tram because of some late arrivals. That seemed to be the words of the day. You can buy water from a vendor before you go, none is provided anymore.

Once we started moving Tracey gave us information about everything that we saw. We stopped at the Grand Turk sign so those that wanted pictures could get out and take them. Tracey even took pictures for those that wanted him to. The we stopped at a bank because one of the passengers needed an ATM. While she was in the bank we took pictures of the ocean. Our next stop was Cockburn Town (Coburn). In this little town you’ll find little souvenir shops, a little restaurant, and some food trucks. Bring cash.

Tracey had told us that we had 20 minutes at this stop in Cockburn Town. What I did not understand is why Tracey was putting a few of the passengers, including the one who needed the ATM into a taxi. 20 minutes went by and we were still waiting. They finally came back in the taxi, the taxi left, and one of the passengers said he left his stuff in the taxi. So, we waited for the taxi to come back. Meanwhile, the lady who wanted the ATM went over and got in line for mixed drinks. So, our 20 minute stop in Cockburn town turned into at least 50 minutes, most of it with the rest of us sitting in the tram waiting.

Finally back on the tour

The only bathroom on this tour is at the lighthouse, and you have to pay $3 to get into the fenced in area where the bathroom is. They are clean. With your ticket you get $1 off a drink at the bar. You can’t go into the lighthouse. There is a lookout point over the ocean with some pretty views.

And this is where the trip got annoying again, thanks to some more inconsiderate passengers. We were given a 10 minute stop, just enough time to run to the bathroom and check out the lookout. Ten minutes came and went, and five of the passengers were missing. Tracey had to go back into the fenced in area to find them. He found them way down on the hiking trail on the beach. Then the three men who had been missing slowly made a trip to the restroom, then slowly started back to the tram. Tracey was clearly frustrated and started leaving in the tram. When the men saw that they finally started hurrying back. All five of them got a talking to by Tracey, because he had other passengers waiting for him back at the beach. And our two hour tour turned into a three hour tour, which mean we could not do the other things that we had wanted to do.

Would I take the Island Tram again? I don’t think so. It’s because he allowed the passengers to be so inconsiderate. By letting the first passenger take a taxi to the bank, slowing us down by almost an hour, the second group of passengers figured it was okay to delay the group so they could do what they wanted to do. The tour was more frustrating than fun.

Back to the ship

We got back from the tour just after 1:00 pm so we went back to the ship to get some lunch at the buffet. I ended up with a Ringer burger at Guy’s Burgers. They forgot to put most of the ingredients on the burger, but I went to the toppings bar and added what I wanted. And after that, since our ship left at 3:30 pm, we figured it wasn’t worth going back into the port to shop and check it out. I decided to work on my blog, and he went exploring on the ship.

We went to dinner in the Posh Dining Room at 6 pm. They opened the doors a few minutes early, so we went and found our table. We’re at a table for 8 in the center front of the dining room. We’ve been sitting with two other couples the entire cruise, and this night one new couple joined us. We’ve had some good conversations, and some of us lived in the same areas years ago. I always love meeting new people.

One thing about the dining room is that every night the service has been different. One night the servers seemed so rushed, the next night was just right, and then this night everything was very slow. I’m not quite sure why this is. Our servers have been good though.

Food was good. I had Alligator Beignets, which were more like alligator nuggets, but good. BBQ pork riblets were my entree, and apple pie ala mode was my dessert.

The entertainment on Carnival ships has been very disappointing to me for quite awhile now. We’ve sailed on four Carnival ships since Covid, and we see the same exact entertainment on every ship. The Heart of Soul show earlier this cruise was a repeat. Then this night the show was called Showdown, and it was the same as other ships too. This show wasn’t even good on the Elation a few months ago, it was basically audience members answering questions, or acting out scenes from movies. Oh well, good place for a nap. I just wish that Carnival would shake up their shows, because we’re determined not to come back to Carnival till they get some new shows.

We did find out where they hide the ice cream late in the evening. Go through the Lido Buffet to the back of the ship by the little covered pool. It’s there by the drinks. Then we walked around a bit and went back to the room to sit on the balcony, listen to the waves, and relax before bedtime. 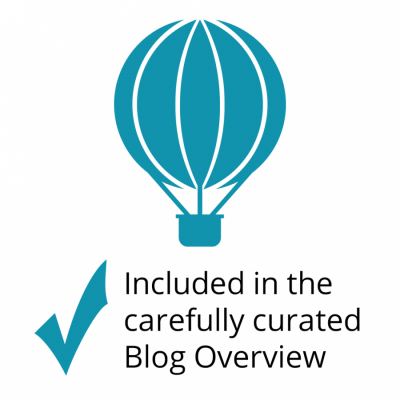